Probably, now, The Game Rapper thinks that it’s better to be single than in an unserious relationship. Tiffany Web was his first girlfriend during 2004 and they remain in contact with each other till 2012. She is also the baby mama of his two kids. On the other hand, he was in a relationship with Keyshia Cole in 2005. The duo dated briefly. In 2006, Taylor was connected to Valeisha Butterfield. It was speculated that the couple was engaged in 2006 and had plans to marry in 2007. But they called off their relationship before tying into a strong bond.

Other Relationships of The Game Rapper:

For the last time, Briona Mae and Apryl Jones are supposed to be the game girlfriend.

His photo with Baby Mama: 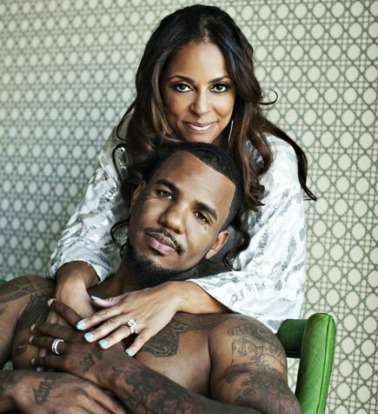 Short Bio on The Game Rapper:

Notable American rock star and actor Jayceon Terrell Taylor was born on November 29, 1979, in Los Angeles, California, but grew up in native town Compton that was recognized a crime-ridden place. At present time, he is called by his professional name The Game/ Game. In his early years, he was a part of African-American street gang. Taylor has spent a very miserable childhood as both of his parents were an avid user of drugs and cocaine. It is reported that his father has very bad terms with his family members. At 7, he was also sent to foster care unit. When he released from foster care unit at the age of 15, he joined up with his mother though he had not good affiliation with her.

Taylor joined Compton High School for his formal education. He excelled in track and basketball sports. For his excellence in sports, he was presented with a basketball scholarship from Washington State University but soon he was fired because of his drug addiction habit. In 2002, he became a man of streets and lived a ‘street life’. Once  Taylor was going to comma state for about three days and then thereafter he entirely changed himself and began taking interest in rapping and music. At that time, he made a decision to give up his pitiable lifestyle and get a couple with the new one.