Rowan has a huge fan following and they all are very much concerned about her love life. So here it is. In 2013, she had an affair with Teo Halm. The duo dated for a couple of months. Later in 2014, she was seen with Peyton Meyer. The couple showed strong bonding on the public places but it didn’t work too. In 2015, Rowan began her love life with Christian Martyn. The couple shared their pictures on the social media and it presents that they had strong feelings for each other. But after some time, all the assumptions went wrong and the duo is not more together.

Right now, it seems that she prefers career over love life. Till it’s too early to say something about his upcoming relationship. Because she never needs to get media attention on these kinds of personal life issues. 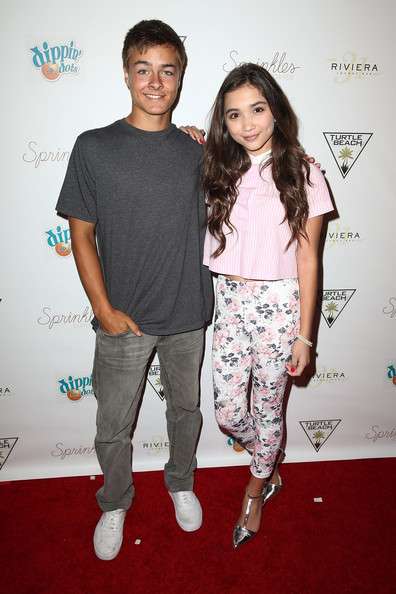 Both of her parents are yoga instructors. She is the eldest sister of Carmen and Shane. Her parents named her after the cast member of ‘The Witching Hour’, Anne Rice.

Rowan is an actress by birth. At 5, she stepped into the entertainment field. By 2010, she grabbed a major role in the romantic comedy film ‘The Back-up Plan’. She presented the role of Mona’s daughter. Later, she was seen as Caitlin in ‘Dance-A-Lot-Robot’, a Disney Junior Original Series. Her 2011’s projects include ‘Spy Kids: All the Time in the World’ in this movie she presented the role of Rebecca Wilson and other major project was ‘Little in Common’ as Raquel Pacheco.

In 2013, Rowan was picked up for one more notable Disney Channel series ‘Girls Meets World’ for the role Riley Matthews. Rowan a magical beauty has sung a title song too for the series along with star member Sabrina Carpenter. The series was broadcasted from 2014-2017. In January 2015, she was landed in the leading role of Cleo in Disney Channel Original Movie ‘Invisible Sister’. She has delivered her acting skills in the movie ‘A Wrinkle in Time’. Moreover, she is also seen as Jackie in the television series ‘The Goldbergs’. She has made a name in the industry with many other qualities like she can speak openly and confidently on gun violence, feminism, human rights and on many other issues.