Diane Sawyer was married once in her lifetime with Mike Nichols. Mike was an actor, producer, and director. It is stated that in 1986 pair met first time at Charles De Gaulle Airport of Paris, France. However, it was Mike’s third wedding with Diane while it was the first wedding of Diane. The couple has no kids together whereas Mike has already three children’s two sons and one daughter from previous marriages. Undoubtedly, the two (Mike+Mike) spent many years together and then sadly on November 19, 2014, Mike died because of the heart attack.

Who is Diane Sawyer Boyfriend 2020?

Who is Diane Sawyer Married to?

Mike Nichols is her ex Hubby.

Prior to him, she had a high-profile relationship with Frank Gannon, Richard Nixon, and Richard Holbrooke. 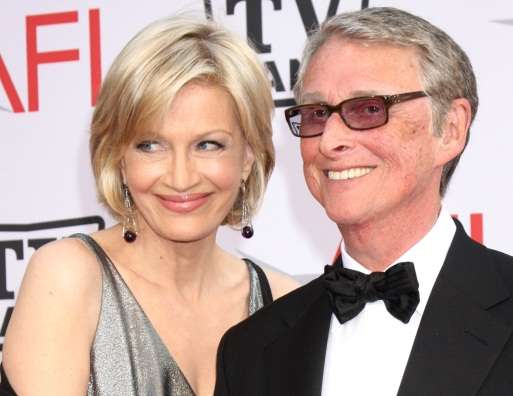 Have a gaze at Diane Sawyer Career:

Diane got her first job in a nearby radio station and performed the duties of weather forecasting. Soon she was designated for general assignment post. But she didn’t find it appealing and left it. Thereafter, she headed to Washington D.C to gain a notable job.

After doing several odd jobs, she, at last, got an opportunity to work with a Former White House Press Secretary to cover up the Nixon’s involvement in Watergate and then so she opened the doors of success. She was connected with CBS News as a general assignment reporter and followed by this co-hosted a morning news show.

By 1989, Diane was associated with ABC News network and co-hosted programs ‘Primetime Live’ and ‘20/20’ till 2000. She also got familiarity with ‘Good Morning America’ and ‘ABC World News’. Moreover, it was announced that she will do a host program on a weekly basis. From that time she is still connected with ABC News. Undoubtedly, she has achieved a lot on account of hard work and devotion.

Short Bio: This Impactful television journalist from American was born in Glasgow. She is the youngest daughter born to Erbon Powers (father) and Jean W (mother). Diane’s mother was a teacher by profession whereas her father worked for US navy. Linda is her elder sister. She is of mixed descent.

Diane went to Seneca High School and actively participates in other useful activities of the school as she practiced editor-in-chief for the newspaper of school ‘The Arrow’. Further, she enrolled at Wellesley College for Bachelor of Arts degree in English. At college, she was associated with multiple societies. She also joined the University of Louisville and studied one semester there and then quit to start her profession in journalism.