Daniel Tosh is married to Carly Hallam since 2016. Carly is a writer and an actress. The couple secretly married in 2016 but it was mid-2018, when the news of their marriage was revealed. Nothing much is known about their relationship but the couple looks good together and enjoying a new phase of their life. Prior to marriage, Daniel has been served in a serious relationship with Megan Abrigo for about 5 years. The couple remain together from 2009 to 2014 and shared a great chemistry, during that time.

Although, no official reason has been stated about their split; but it is assumed that Megan was not comfortable with Daniel’s work dimensions, where he made fun of her quite often.

It is also a rumor that Daniel Tosh has suffered through ‘Social Anxiety Disorder’ and feels it awkward to talk to new people. He also rejected a lot of public speakings because of that condition. However, it is also claimed that he has successfully recovered from that disease and now totally fine.

Note: The above info is not official. 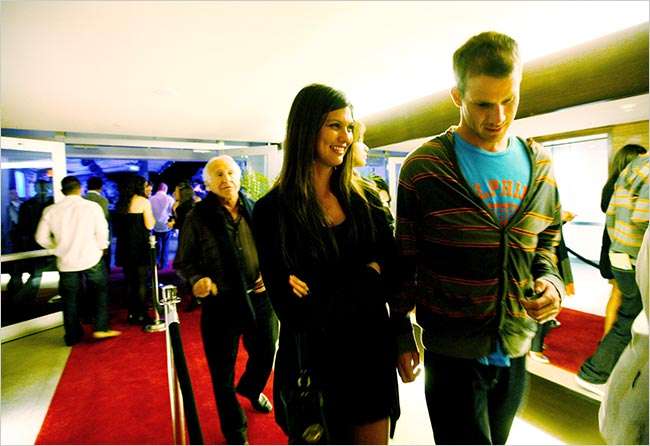 Bio: He was born in Boppard, West Germany to a ‘Presbyterian minister’ but grown up in Titusville, Florida. He completes his schooling from ‘Astronaut High School’ and then went to ‘ University of Central Florid’a to receive a degree in marketing.

Career: Daniel started to work at a Research Park as a telemarketer. He was also touring the comedy club circuit regularly, since his graduation. His first comedy festival performance was at ‘Just for Laughs’ but Daniel received fame from ‘David Letterman Show’ and ‘Tosh.0’, which brings the best out of him. Moreover, his performance at other shows proves him a good actor.  As of today, he has appeared in numerous television shows, animated TV series, and movies but he is best known for his black comedy style.