Oh, Trace Cyrus is recently break up with Taylor Lauren Sanders. The two were dating from a year but have not given much detail about their love life. Prior to Sanders, Cyrus was dating the singer Brenda Song. The relationship was serious and apparently, the two have dated for about seven years from 2010 to 2017. During that time, they got together and split multiple times. Cyrus admits to write a lot of songs by getting his inspiration from her.

On Valentine’s day 2018, Cyrus uploaded a song on his YouTube channel titled ‘Trace Cyrus BRENDA official lyric video’. That was a heartbreak song, with which Cyrus officially closed the chapter of Brenda Song. (Oh, its sad)

Other Relationships of Trace Cyrus:

He also dated blogger and model Hanna Beth Merjos from 2005 to 2008. Nothing much is known about their relationship and breakup. 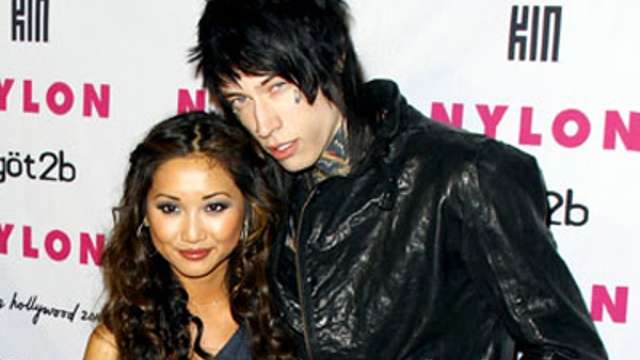 He was born in Ashland to Baxter Neal Helson(drummer) and Leticia Jean Cyrus(actress) but they divorced after 3 year. Then, his mother married to Billy Ray Cyrus(singer) and Trace live with his mother and foster by step father Billy(who adopted him). He has two sisters singer Miley and Noah Cyrus. Cyrus family was well off in Kentucky since Billy’s father was also a Democratic politician, who was the elected member of ‘House of Representative’ from Kentucky, for 21 years consecutively.

Trace Cyrus started his career as a writer, by writing lyrics for the song ‘Country Music Has the Blues’ in 2006 and then he started a band named ‘Metro Station’ along with Mason Musso and start making their own music. He was the guitarist and vocalist there. Later he left the band in 2010 to form his own band titled ‘Ashland HIGH’, which lasts for 4 years and gave 2 two albums.