Besides an ideal career, Mitchel Musso has a wonderful love life. He has a long string of relationships. When he started his entertainment career, Musso has immense feelings for Katelyn Tarver. Although she was elder to him, but they shared a serious relationship which unfortunately could not last long and they separated soon. Whereas, both of them found their new love early after their split. Musso also remain associated with actress Cody Kennedy and fashion designer Erin Barr, for a brief period of time. Besides that, Emily Osment was his declared girlfriend who was also his co-actress from ‘Hannah Montana’.

After Osment, he hooked up with Gia Mantegna but they also split after a couple of months. Although he was high on dating and hookups but he never got married or engaged.

Is Mitchel Musso Engaged or Married?

Let’s have a look at Mitchel Career:

Throughout his professional life, he attracts a lot of success in every field, be it acting or music. At the start of his career, Musso got recognition for his role in movie ‘Secondhand Lions’. Prior to that impressive hit, he has played a trivial role in movies ‘Am I Cursed’ and ‘The Keyman’. After the success of  ‘Secondhand Lions’, he seemed as Raymond Figg in the movie ‘Life is Ruff’ and then he never looks back.

Apart from acting, he also showed his talent while hosting a show for Disney Channel named ‘Pranksters’. He also gave the voice for an animated movie ‘Monster House’. More than nine years ago, Musso launched his solo album which was ranked at 19 on Billboard 200.

He climbed the new heights of fame after singing the remix for Disney movie ‘Snow Buddies’, playing Oliver Oken in ‘Hannah Montanna’ and Jeremy Johnson in ‘Phineas and Ferb’. His appearance as King Brady in ‘Pair of Kings’ was also praised.

He is very good with instruments and can play excellent piano, guitar, and drums. He has a unique singing style and prefers teen pop, pop rock, and dance pop.

A pic with ex GF: 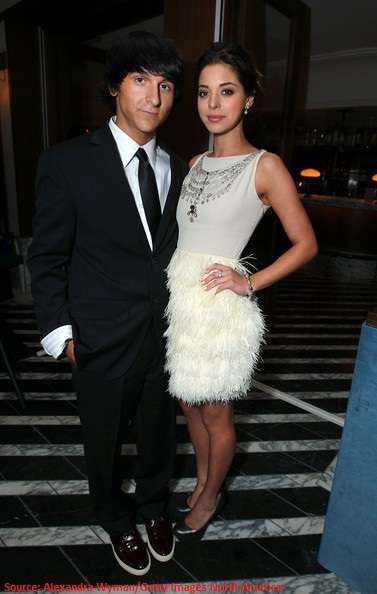 This handsome American singer, actor, and musician was born in Garland to Samuel (father) and Katherine (mother). He is an American national and descendant of English and Italian parents. As both of his parents worked for community theater, therefore he and his brothers develop an interest in the field and three brothers  Mitchel, Marc and Mason are doing good to leave their mark in the entertainment industry.