Marilyn Manson is one of the weird rock stars of America who is famous for his unique lifestyle and views. He once admitted that marriage is not his thing but he has been involved in some serious relationships and few hookups. One of his last serious relationship was with photographer Lindsay Usich which was revealed in 2012. In 2015, during an interview with ‘Beat magazine’, Manson revealed that he has turned single recently but Manson and Usich have been seen together in successive years. So nothing could be confirmed about their relationship status.

Prior to Usich, the rock star was engaged to musician Evan Rachel Wood. Apparently, they start dating in 2007 and then got engaged in 2010 when Manson propose her in Paris during a stage performance. However, the engagement could not last long and ended in 2011.

He was also engaged to actress Rose McGowan from 1999 to 2001 but the couple called off the engagement because of their clashing personalities and different lifestyles.

Manson was married to Costume Designer Dita Von Teese. The two get together in 2001 and married in 2005 but after about a year the couple was divorced in 2006. According to Teese, the couple splits because of Manson’s crazy partying and his relationships with other girls. Whereas, Manson blames the marriage for conclusion of their relationship. 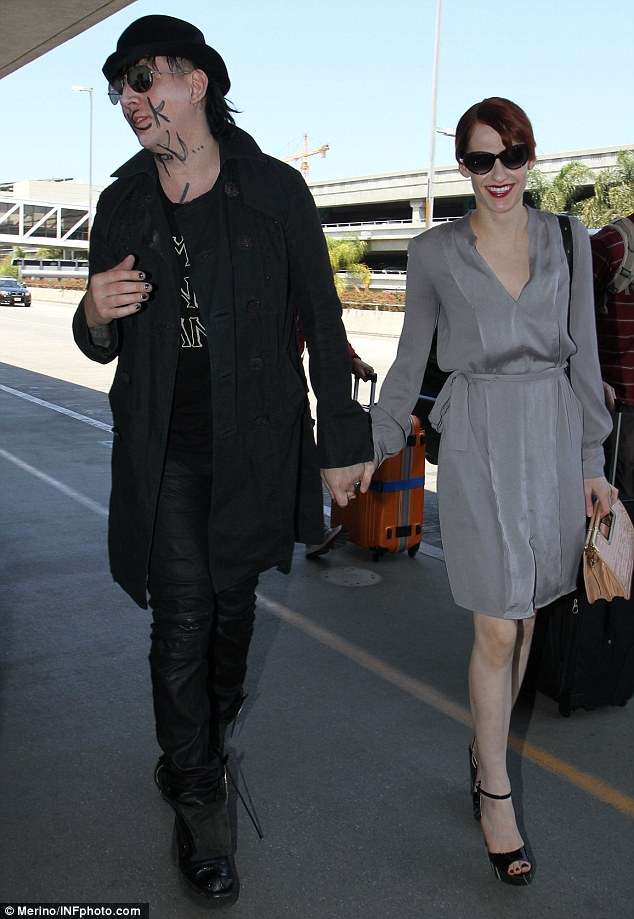 Marilyn Manson was born ‘Brian Hugh Warner’ in 1969 in Canton, Ohio to Barbara Warner Wyer and Hugh Angus Warner. His name Marilyn Manson is drawn from two American pop cultural icons, actress Marilyn Monroe and a cult leader Charles Manson. He is also a follower of Satanist traditions and is believed to be the highest-profile Satanist ever.