Seven year ago this American actress and also a singer married with Nick Cokas. When she got married then at that time, she was having the age of 23 and his husband was having the age of 42. Their wedding ceremony took place in Church in presence of all relative and friends. Then this news was come across by us that both of them have been separated their ways. It was announced by Katharine McPhee in last year that she had filed for divorce. Now she is in relationship with new boyfriend during 2016 after getting divorce from her ex husband and this new comer is known to be Elyes Gabel. Reason of Split Up: Before this separation she was seen and captured while having a kissing scene with Michaeal Morris. After this Nick Cokas openly said that she cheated him over this new boy. But her relationship with Smash director was not working for a long period of time after that she becomes serious with Elyes and also officially confirmed it. 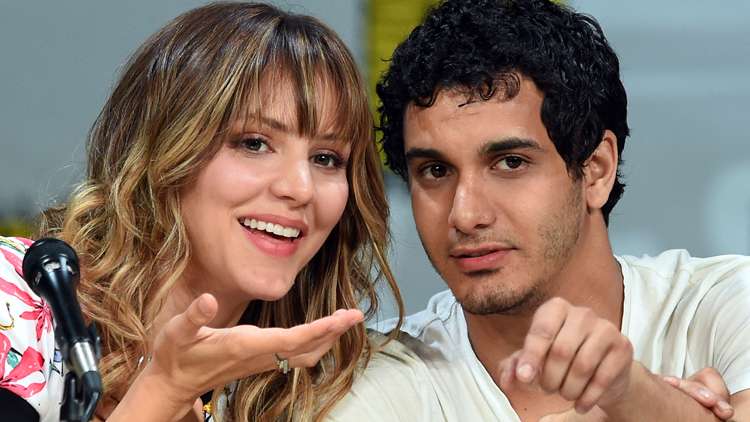 Katharine McPhee is a really a natural beauty. She has the age of 31 reliable, now every  information summaries about her divorce and her current boyfriend details packed at this place!

Current Relationship Status: Right now she has been dating with her co star from Scorpion named as Elyes Gabel. They were being spotted at many places during this year. They were seen smooching and cuddling with each other. Yes, they were at the Event when they tightly hugged. Both dresses pretty well, they were also holding glass of beer. Actually this pair was here to attending the match but they also look distracted. They were busy in their selves. Both of these lovebirds have been in a relationship since they had their first meeting on the set of their famous show. She also wished him Birthday by wearing a necklace of his own name! It was also said by a close source that both of them in serious kind of love without being affected that Katharine McPhee is also having close and sweet kind of friendship with his ex hubby in 2016.

Its also interesting that till she has association with ex husband, occasionally they also meet each other. This shows that their separation had done due to some understanding. But source authenticate that they never back together, they must just like good friends to remember old time.