The charming lady Draya Michele is not just famous for having relations with few famous celebrities, as she has made her mark by having successful careers in modeling and acting. But, it’s also true that Draya Michele came into the public eye after she started dating Chris Brown in 2009. At that time, Chris was heartbroken after his breakup with the American singer and songwriter Rihanna. He found love again in Draya and both of them became a trendy couple of that time. In this short relationship of just 9 months, Draya has a lot of nice things to say about Chris and their relationship.

She told a newspaper that Chris was a perfect boyfriend. Sometimes love doesn’t last forever and that is the case with their love. She also accepted that the times she spent together with Drake would always be special to her.

Draya had brief encounters with many men after she broke up with Chris. She had a 6 months relationship with Bernard Berrian who is a former popular footballer.

She also found solace in Gilbert Arenas for a few months but none of the men she dated during this period happened to be her soul mates.

Yes, Orlando Scandrick and Draya started going out in 2013. Draya revealed that they went on an Ice-cream date and have been a relation since then. They were officially engaged and have a son together. But, recently their break up is also alleged in media.

Draya and Orlando have been an inseparable couple and the future looks promising for the two as both understand and value each other a great deal. So, it’s really unfortunate for both of them if they are no longer together. 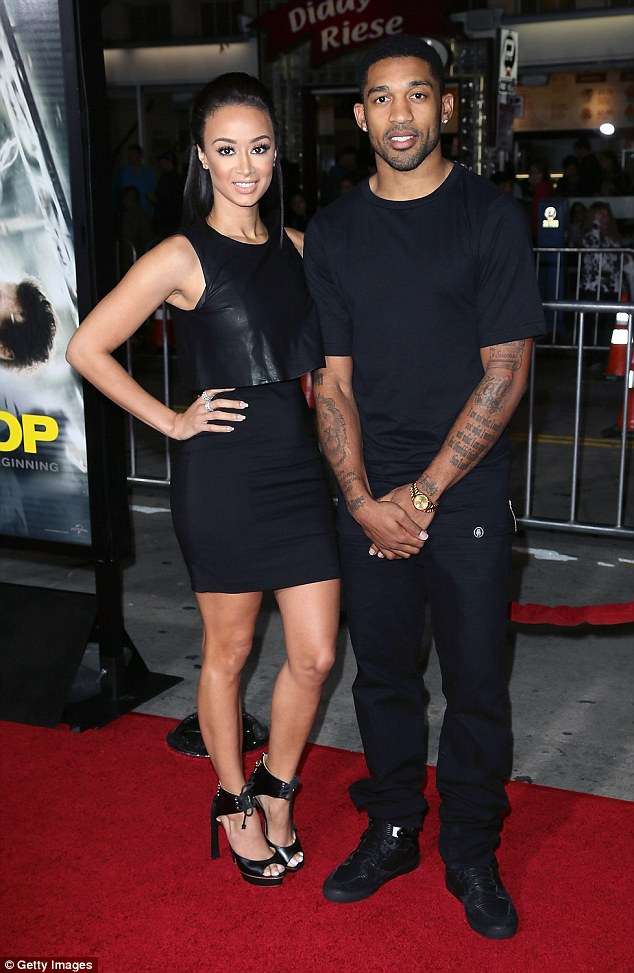 Furthermore, Orlando and Draya are not married but they were lived together in the same house for a long time and were also co-parenting 4 children.

Who is Draya Michele Son’s Father?

A lot of speculations were made about who the father of the child is and Draya clarified in a post on her Instagram account that Knito’s father is a man from Philadelphia who is a barber by profession. He was in a relationship with her when she was 18.

Meanwhile, Draya Michele and Orlando have a baby together by the name of Jru Scandrick. Moreover, as indicated earlier that Draya has a child named Knito from a previous relationship. Orlando has 2 kids from his past relationship and the family of 6 was spend a good time like a happy family under one roof.