The Jane’s Addiction Guitarist has been dating political analyst and Fox Commentator Andrea Tantaros for the last few years after they met through a mutual friend in 2015.

Andrea (born in 1978) co-hosted Outnumbered on the Fox News Channel and was an original co-host of The Five. She famously sued Fox News in 2016 for sexual harassment, but the case was dismissed.

Dave Navarro and Andrea Tantaros are not married, but who knows what the future holds for them.

Dave was famously married to model and actress Carmen Electra in 2003. The couple had an MTV reality show called ‘Til Death Do Us Part: Carmen and Dave. They split in 2006 but remain close friends.

He also had a very brief marriage to Rhian Gittins in 1994, which was annulled after just one month.

Who was Dave Navarro first married to?

His first marriage was to Tania Goddard in Los Angeles in 1990 (they separated in 1993, having met in 1988). Tania is a sought-after celebrity make-up artist. She has worked on Avatar, Charlie’s Angels: Full Throttle, A Christmas Carol and more. 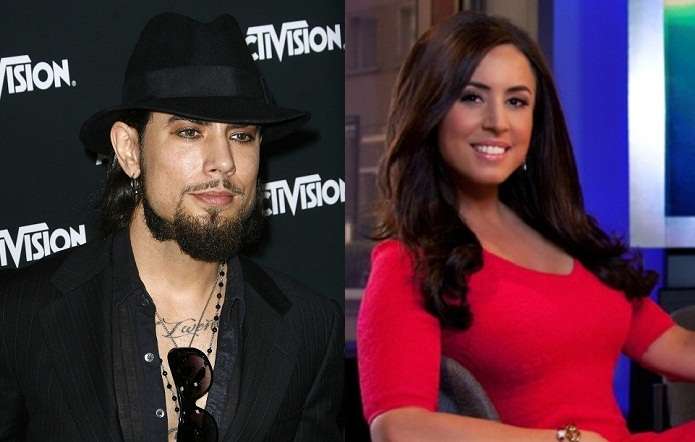 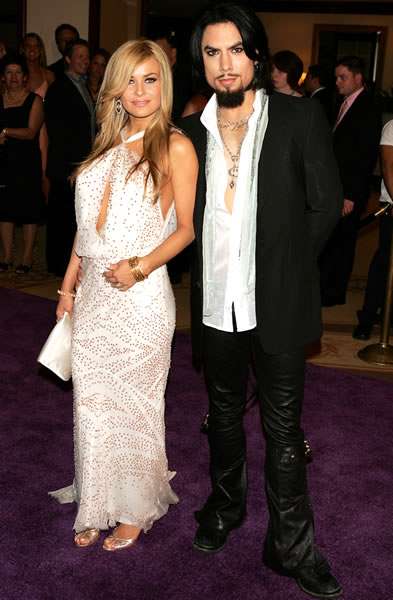 Dave Navarro was born in the Summer of 1967 in Santa Monica, California. He lost his mother in tragic circumstances at 15 (she was killed by her partner). Dave eventually made a documentary that he has said helped it come to terms with it (it’s called Mourning Son). He has spoken about his challenges with depression, drugs and getting sober.

Dave Navarro is famous as the guitarist in the very successful rock band Jane’s Addiction. He was also in the Red Hot Chilli Peppers. He is host and judge of Ink Master, a show where tattoo artists compete with each other. Dave also has an art and apparel store called Duel Diagnosis.