Brooklyn Beckham is one of the rising British model and photographer. He is not only known for his modeling or photography skills but also famous for being the loving son of English soccer player David Beckham and Singer Victoria Beckham. Through early age, he decided to established himself and started working at a coffee shop. Asides this, he started pursuing football at Arsenal F.C Academy but left this field due to not being good at football. Later in 2014, he finds himself attractive and decided to step into the modeling industry. Till now, he modeled for Vogue China, Miss Vogue, and many other magazines. Brooklyn is also an active face on social media and has a large fan following. That’s why his love life is also addressed in media.

Right now, not sure that Is Brooklyn Beckham split from Hana Cross? or they are together. Hopefully, soon the issue between them will clear that why they were fighting and still they are together or not.

Before this, a world-famous couple of Brooklyn Beckham and “Chloe Moretz” were in the actual loving relation which is rumored to separate. The reason which was revealed behind their split was another girl named ”Emma Montague”.  When Chloe got to know about his relationship with Emma, she just did break up with him. Moreover, Sonia Ben Ammar is also his ex GF. Previously, Brooklyn shared some of the interesting quotes on his social media account with regard to his relationship with this French actress and a model. Both of them had also been spent some time in Paris. 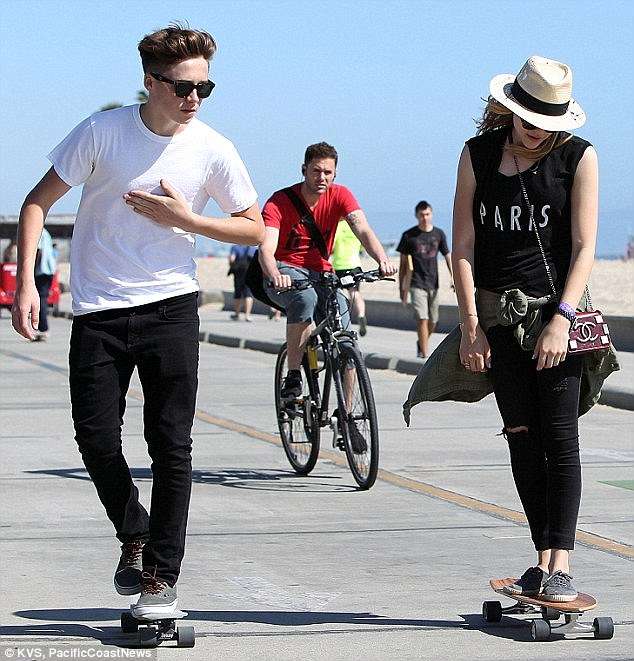 He is yet looking for a girl according to his match. He is a self-motivated person and doesn’t last any relationship for a long time period. There are some girls who are rumored to be dating with him but all of them are just for a short period of time. Yet it has not been confirmed officially that Who is Brooklyn Beckham girlfriend dating in the year of 2019. On bases of latest rumors he and Hana Cross are struggling to save this relation, what will happen next, we will update you then! He is young so he has options and time for experiments before a serious Love, every time when cameras spotted him with this girl, he annoyed due to privacy. So its time to leave him alone that he will make the right decision of life.